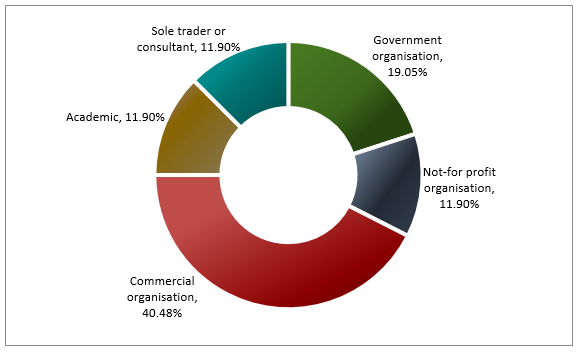 Of the organisations who responded, over 90% stated that digital accessibility was important to their organisation.

The survey was open to any individual and had a global response. Both surveys were sent via numerous channels internationally. For the user survey, approximately 40% of the responses came from Australia. There were 83 respondents in total with the major groups being from:

Take me to the next section: Key Findings of the Research