When Sir Tim Berners-Lee invented the World Wide Web in 1989, he envisioned it as a platform that would provide the ability for anyone to connect via a common program rather than everyone having to use a different program on each computer.  He foresaw millions of connected computers sharing information. By 1991, people from outside The European Organization for Nuclear Research, known as CERN, were starting to use the Web and Sir Tim and others began advocating on the basis of “underlying code available on a royalty-free basis, forever.” (World Wide Web Foundation 2019)

The question before us is why, when universal access is considered such an essential aspect, do we continue to observe a low rate of adoption of digital accessibility principles? In this paper, we look at the current issues regarding digital accessibility, the different focus between organisations providing websites and applications, and the users who require these services.  We examine the disparity between the perception of the organisation of how accessible their information is, and the experience of the user trying to obtain access to this same information.

The statement has been made that the Web Content Accessibility Guidelines (WCAG 2.0) is an eleven-year-old standard with less than 3% implementation (DEV Community 2019; WebAIM 2019). At Web Key IT, we are observing a stronger push from the website owner onto the developer to provide an accessible product.  This may be the result of the provision of European and Australian Standards for the Procurement of Accessible Services and Products. (Australia 2016; WAI 2019). The Australian standard, AS EN 301549, is based on the European Standard, EN 301549.  Its use in tenders is now required in Australia for all Federal Government procurement of ICT products and services and is optional for anyone else.  Using this standard, puts the onus on the service provider to guarantee the accessibility of their services and/or products with verification by whatever means the tenderer requires such as examples, verification by third party expert or signed statement. Previously in our company’s discussion with developers, we have been told that they have tried to persuade customers to spend additional funds to make sure a website is provided in an accessible state. Also, they have in some cases, provided a baseline audit and often the client did nothing with the results.

Website owners continue to expect developers to deliver an accessible product.  However, the issue remains: how will the website owner ensure that the product remains accessible after they start adding new content or making changes? Use of the abovementioned standard when contracting a developer may bring about changes in delivery of accessible products. However, the website owner needs to accept the responsibility of ensuring the long-term accessibility of their digital products in order to comply with Australian and most international laws.

Figure 2 illustrates that Australia and most countries have now signed and ratified the United Nations Convention on the Rights of Persons with Disabilities (CRPD) (United Nations: Department of Economic and Social Affairs: Disability 2006). 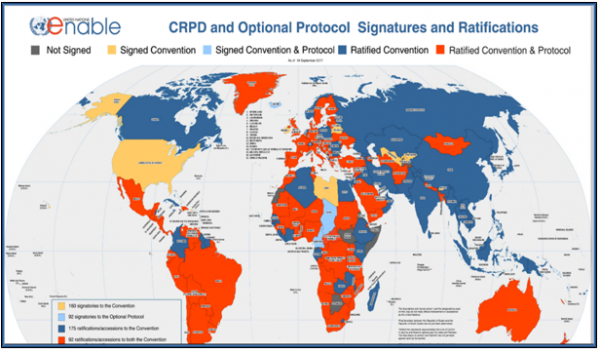 Figure 2: United Nations Convention on the Rights of Persons with Disabilities: Signatories (May 2016)

Research conducted (Conway 2014) demonstrated that in Australia very little progress was achieved despite a Federal Government program to lead a national transition strategy to improve the accessibility of government websites.  However, the strategy did heighten the awareness and importance of the issue.

The most commonly cited statistic for the percentage of Australians with a disability that in some way affects their education, employment or mobility is 4.3 million people or 18.3%. This figure represents those who have a “limitation, restriction or impairment, which has lasted, or is likely to last, for at least six months and restricts everyday activities.”(Australian Bureau of Statistics 2015)

In 2016, surveys were conducted using the internationally recognised Supplementary Disability Survey Questions (SDSQ). The results demonstrate the percentage of people in different categories with a disability. “Almost 7% of Australians are considered to have a significant level of disability and be at greater risk than the general population of experiencing limited or restricted participation in society.”(Australian Bureau of Statistics 2016).

These breakdown figures represent those who experience either “a lot of difficulty” or “cannot do at all” for the core activities of seeing, hearing, walking or climbing stairs, remembering or concentrating, self-care and communication.

While it is not surprising to note the significant percentage of those over 85 years with disability, this needs to be kept in mind when considering the lengthening working age, the need to remain connected to family and friends and to be able to participate in a digital society. The Australian census indicates that the percentage of people over 65 in Australia has increased from 14.3% in 2012 to 15.1% in 2015.  This trend for an ageing society seems to be mostly universal. The Survey of Disability, Ageing and Caring (SDAC) reinforces the need to understand the needs of our ageing population in terms of access to information as well as other metrics.

The use of assistive technology (AT) is increasing the employment options for people with disabilities, but issues such as cost, availability and access continue to make it problematic for people with disabilities to participate on an equal footing in mixed-ability workplaces. According to Branham & Kane and Wahidin et al, although assistive technology is available, it is not automatically suitable for work in a mixed-ability workplace where issues such as screen readers can be problematic both for the user of the AT and those working in the same vicinity. It would appear there are still issues to be addressed to ensure that the working environment is suitable for people with disabilities, and that coordinating the integration with co-workers is not overlooked in our haste to provide a more inclusive workplace. (Branham and Kane 2015) (Wahidin et al. 2018)

This research utilises an observational methodology coupled with survey and anecdotal supplementary findings.  In our company, we regularly test digital material including websites, mobile and web applications and documents.  The testing methodology is documented from verified practices, (Conway 2014) over a three year research period, testing websites across Australia, including all levels of government, not for profit organisations, and corporate websites.  This methodology for testing has also been verified (Conway 2011) against Western Australian public libraries.

All testing of websites is conducted using a manual expert evaluation methodology, avoiding the pitfalls of reliance on automated tools due to the insufficient coverage and completeness of that methodology. (Vigo et al. 2013)

Two surveys have recently been conducted by us at Web Key examining issues from both the organisational point of view and that of the individual user.  The surveys asked organisations questions regarding organisational attitude toward digital accessibility and their perception of the accessibility of their resources. Organisations were asked whether they had tested their digital resources and what means they used to conduct any testing.

Surveys were also provided to individual users, both those with and without disabilities, asking whether they are satisfied that digital resources are sufficiently accessible. The surveys asked if the user had contacted organisations about the accessibility of resources, and if after complaints were made any satisfactory remediation was conducted. In the surveys, we also enquired into the chief issues experienced by users and whether remediation had been successfully completed.

The purpose of conducting the surveys simultaneously was to obtain a view from both the organisational and user viewpoint at a specific point of time.  The surveys were distributed to international organisations and users, with the full results provided in this white paper.

The Goal of the Research

The motivation for the surveys stemmed from a need to know:

Take me to the next section: The Two Surveys: Reach and Response Rate